Hello there! Good game, but I have suggestions!! My biggest one is EVENTS! Please give us village squabbles, festivals, crimes, love interests, disagreements, and other things we can judge - and have that judgement affect the values and traditions of the village! At the moment, I feel pretty powerless to actually affect the lives of the people. It would be amazing if, instead of just picking the values of the village, we had events that determine them based on our judgements. And I should be able to judge the dead! I want to decide what paradise looks like for the elders, or if they reincarnate, etc. Also: please give me dilemmas where I have to choose the village happiness vs the happiness of someone they hate because of wrongdoing/rumours/being an outsider! So, for example - one villager wants to worship nature, another wants to worship something else. They could then either a) offer you a choice, or b) just do it, and have older members condemn the new practice and ask you to intervene. 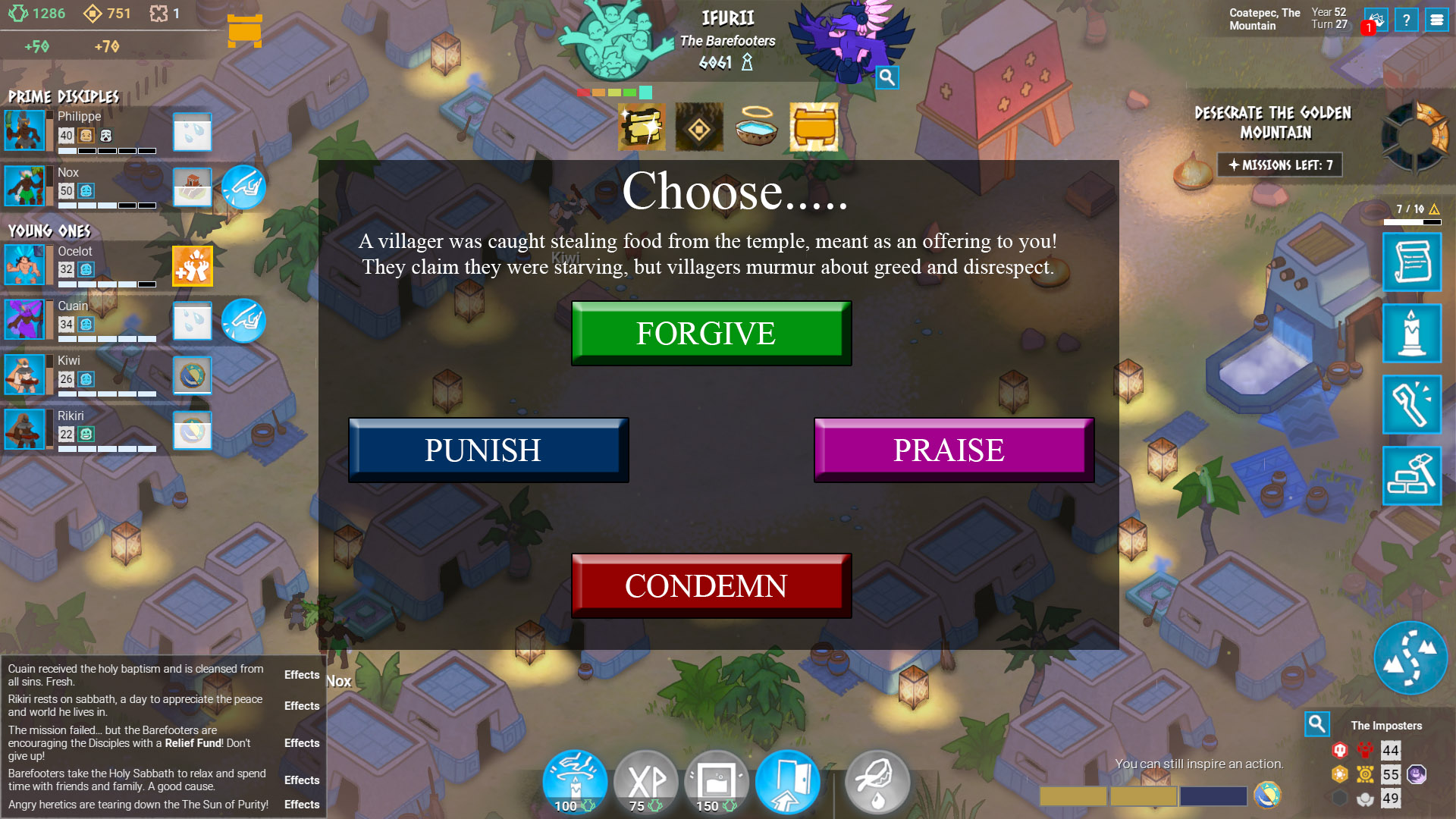 My second biggest suggestion is that we need ways to affect the flow of the battle! For example:

Hey there, thanks for the suggestions!

I have to say, I find almost all of them really good. There are many ideas here that I would've loved to see in Godhood! Some of your ideas (like the first one with choosing virtues through stories) was in the original, but we went in way over our head with a lot of risks. Maybe with all the smarts we got from doing Godhood, we could make a really cool sequel who hits all those notes!

Again, thanks for the suggestions! Maybe we can implement some of them!

Thank you so much for your reply! That's really encouraging to hear! I hope that you do implement some. If you are looking for random scenarios for an event system, I'm a writer so I'm sure I'd be able to give you a few. Would be really interesting to see the picking of traditions done via this method.
Last edited: Mar 12, 2021
You must log in or register to reply here.
Share:
Twitter Reddit Email
Menu
Log in
Register
Top