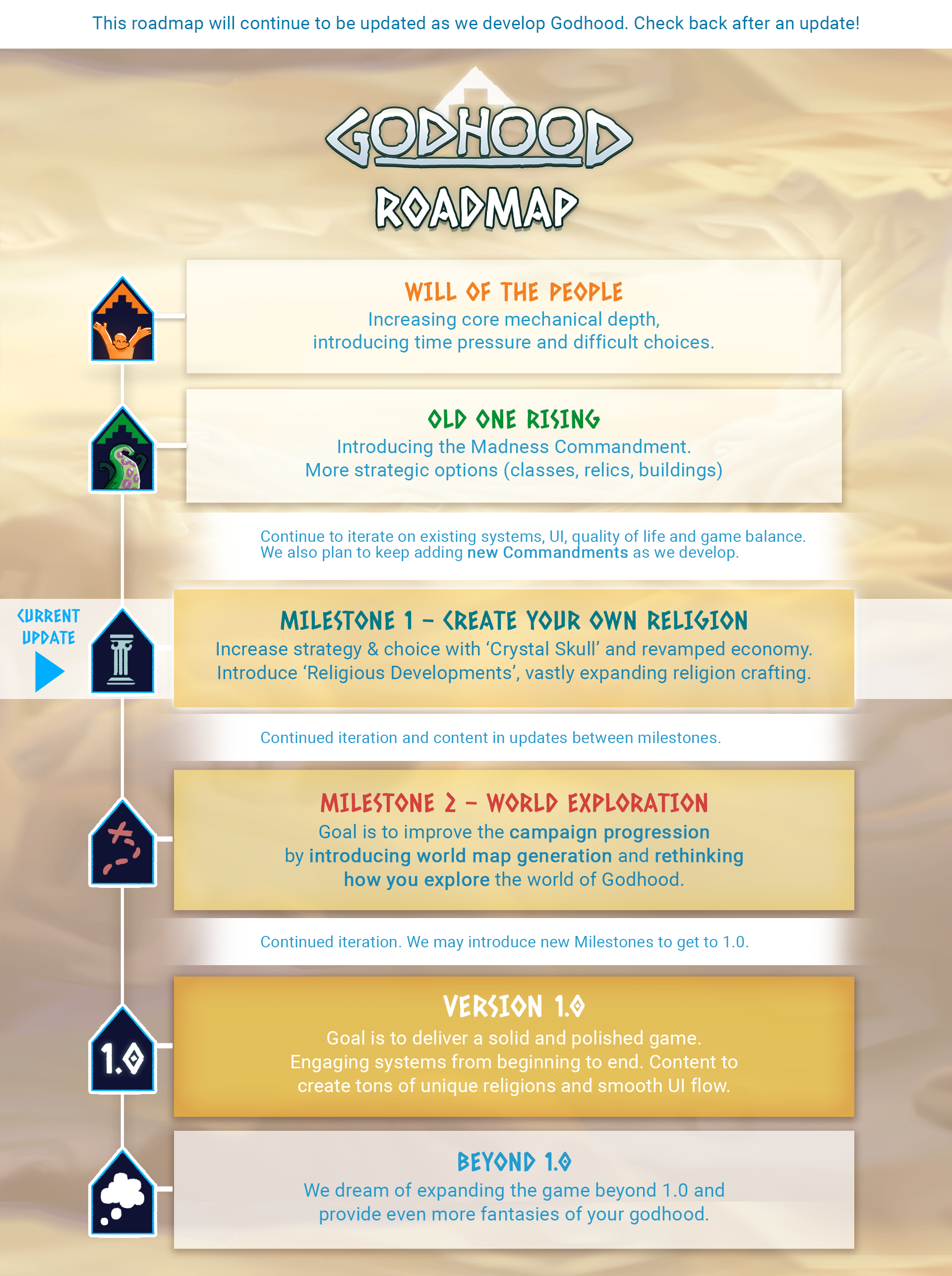 With the release of the Old One Rising Update, we wanted to open up about our process going forward.
This is why we created the Roadmap, as seen above.

We want to give you a sense what milestones we want to hit going forward during the Early Access.
The main milestone goals for Early Access:
Only when those milestones are met will we be confident in releasing the game into as the official 1.0 release.

Of course, we have huge fantasies for what Godhood can be! And we've heard quite a few suggestions for how to expand Godhood after launch from you, as well! That's why we're already thinking about how Godhood can be expanded after 1.0. We hope you're as excited as us about what the future could hold...

Get in touch if you have any questions, comments or suggestions about the Roadmap!
Thanks a bunch! Spread the good word!
- Rick
Last edited: Oct 24, 2019
A

Developer
Estimated Launch date for Milestone 1
We're making good progress on the first milestone update (#3: Create Your Own Religion), and we're now far enough to estimate how much production is still left. Our estimate is that we'll need another 5 weeks to create, polish and test all the necessary content and features for this Milestone update. So until further notice expect Update #3 to reveal itself around October 23rd. 'Create Your Own Religion' will radically increase the options of defining your religion, something that Godhood really needs! So we want to take enough time to ensure the update's quality.

Minor Updates
Religious Expression is our focus now, but it's likely that we'll launch smaller updates before October 23rd to do bug fixes. Thank you all for the reports you've made so far. This greatly helps us improve the game.

Milestone 1 'Create Your Own Religion' has launched!
Introducing a new flagship feature: 'Religion Development', allowing you to develop and define your religion in much greater detail by proceeding down one of many different 'tech trees'.

For info about all the other new features, balance changes and system overhauls read about them here: