And again: Songsmith has Void Fillling Music. He used it three times within my first turn with nothing else that could trigger it. 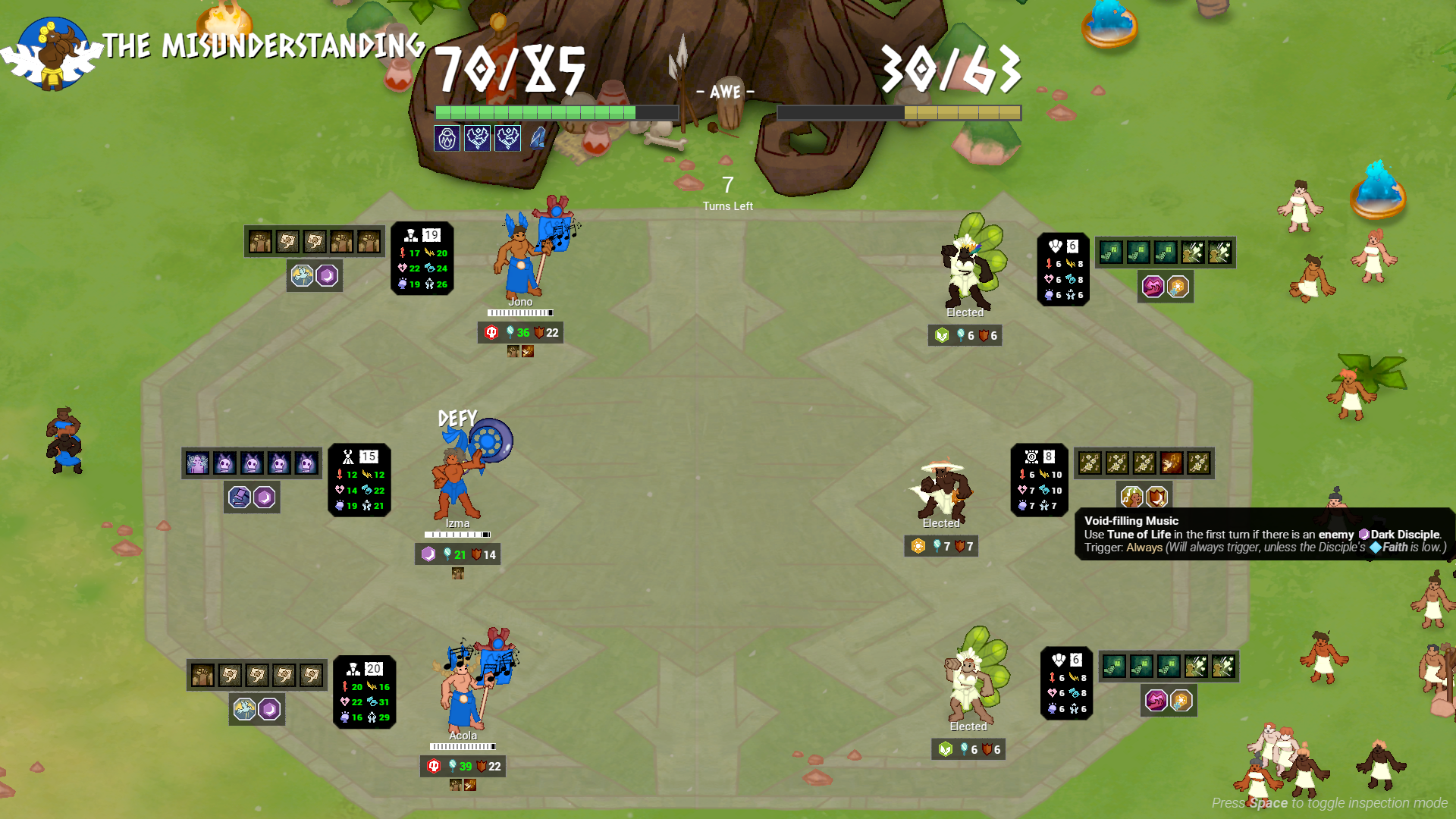 Enemy Beastwalker didn't get debuff when he missed his second claw attack.

That's a serious issue. Manuel is on it!

I've loaded the battle from your first save a couple of times, but can't see anything obviously wrong with the triggers. Can you be a bit more explicit about which triggers go in the wrong? And to clarify, when you say "triggers" do you talk solely about triggered abilities, or also about buffs applied by abilities?

Thanks for your untiring reporting!

Ah, the Beastmaster was the fight immediately following it, forgot it doesn't save between multiple sacraments. Not sure if the saved state would preserve that far into a second sacrament?

Basically, the debuff he didn't get was from using a claw attack - my disciple evaded, which is fine, but the fact that he used a claw attack suggests he should still get the debuff to follow it - it wasn't like he intentionally missed to preserve his damage!

With the first save, iirc, should be Retribution triggering on the Smitesword: he's triggering even on *my* triggered counter-attacks, and sometimes up to twice on the same person per normal attack.
You must log in or register to reply here.
Share:
Twitter Reddit Email
Menu
Log in
Register
Top