I know Rutger asked recently: Exhaustion is back on the not-quite-perfect list again

As you can see, Wall is showing as Exhausted despite there only being one Sacrament on this node, which I haven't done. 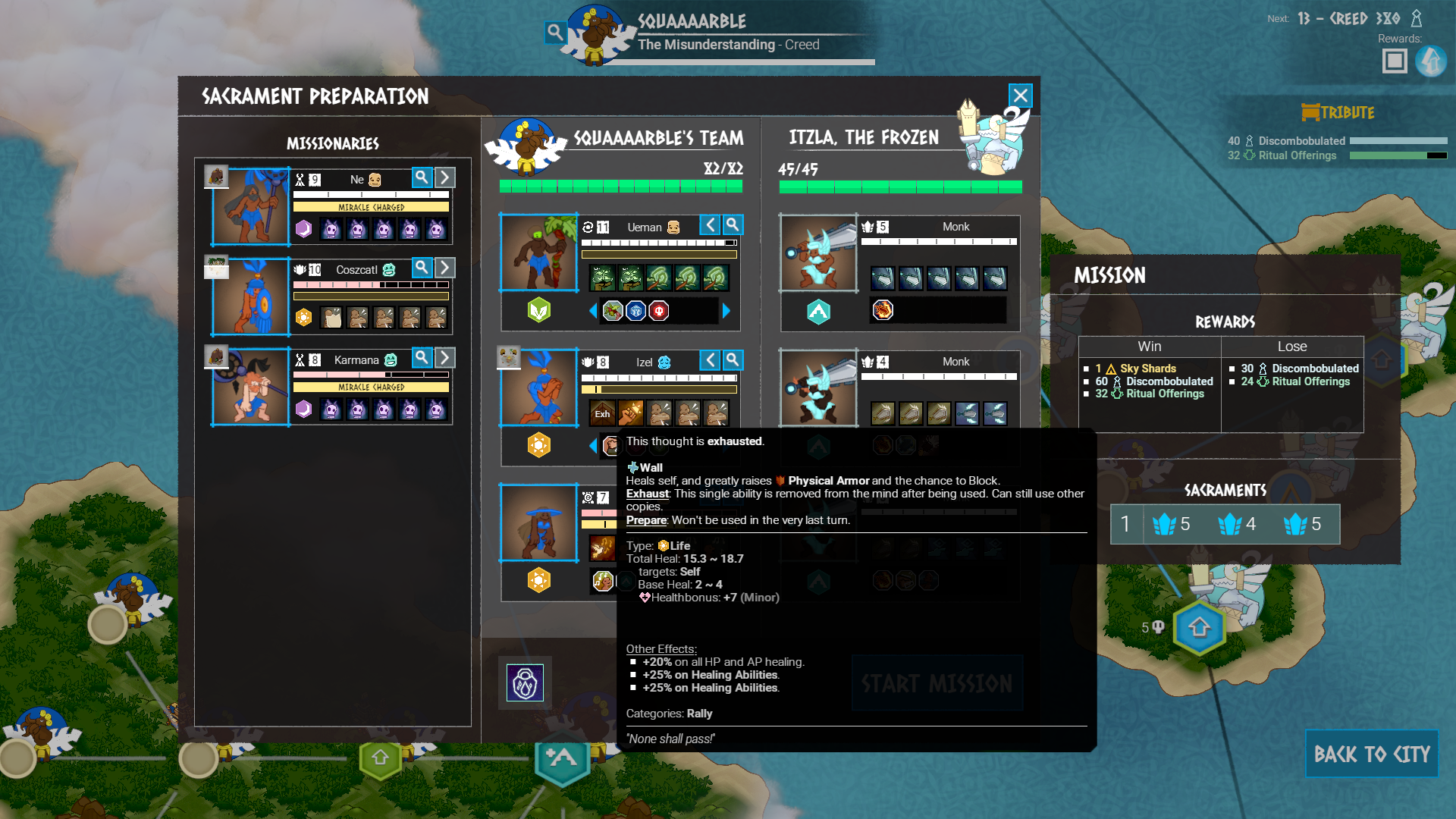 *Tries to remember* Um. I know that that was the only time I saw it in the entire run and I had multiple Guardians throughout it, though admittedly, I didn't have that many Wall skills on them besides their automatic ones.

Not certain if it's any of these or if they're useful, but entirely possible, given the position I was in at that time:
> I may have lost the previous sacrament with Izel
> He unexhausted it again after that fight, never saw it again before or after.
> Possible it had been exhausted previously, then replaced by a Weaver's skill (or similar) before that sacrament ended, so that it regenerated post-battle as exhausted?
> Possible it was only cosmetic - didn't see him use it, but doesn't mean it wasn't in the selection.
> Fairly certain he'd used it in the previous Sacrament, and done so in the starting turn alongside his automatic one. I know this cause the only times he used it in the entire run, he did this (that genuinely was just chance though, he didn't do it every time)
> He definitely wasn't broken. Have you seen how frigging hard Guardians are to snuff out? And that's before you apply a bunch of baptism miracles to them. Nothing was gonna break him on Normal difficulty.

(Genuinely, at one point I had a high enough Awe that I could take him to a sacrament with a pair of wussy acolytes and let them die and he'd just sit there and take the punishment)
You must log in or register to reply here.
Share:
Twitter Reddit Email
Menu
Log in
Register
Top