One more week until Godhood releases in Early Access!

We've been a bit quiet recently, but for good reason: we were super busy making Godhood ready for its Early Access release. And we're almost there! Only one more week until the game launches into Early Access on Steam and on In Development on GOG. 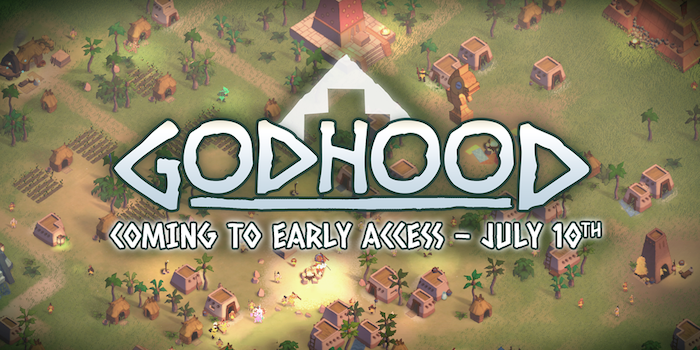 Right now we're putting everything into place to launch as smoothly as possible: we're playing through the game a last couple of times, we're squashing the remaining pesky bugs on our list, preparing the store pages, contacting press... and we also try to take some time to rest, so we're as ready as can be when the game releases next week!

Join us on Release Day!
But we want you to be ready too! In the coming week, we'll roll out key distribution for Kickstarter Backers, so that if you backed the game you're good to go as soon as the game goes live in the stores.
Or course, we'd love to see you all playing the game, but you can also join us through some other channels and share your experiences on Twitter, the Abbey Games Discord, on our Community Hub, on Steam or subscribe to our Twitch Channel, so you can hang out in the first Early Access stream of Godhood.

And that's it for now. We'll have a lot more to share next week! In the mean time, we hope you're as excited as we are for the release of Godhood next week and we want to take this opportunity to thank you one last time before the moment is there: Backer, Community Member, Reader, Follower... THANKS! We couldn't have done it without you.
See you next week and keep spreading the good word!

PS: Rick has caught a nasty cold, so send him some good vibes. Hopefully he'll feel better next week for the celebratory stream!

If Rick doesn't, who'll be sacrificed on the altar of Twitch to serve videos to the masses?

Blackvision said:
If Rick doesn't, who'll be sacrificed on the altar of Twitch to serve videos to the masses?
Click to expand...

Less than a day!