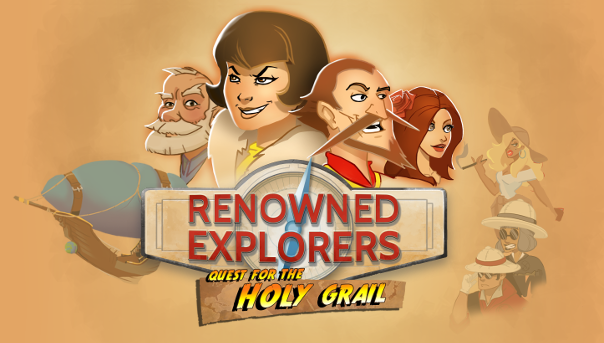 The expansion contains a new expedition in which you follow in the spiritual footsteps of a certain whip-wielding archeologist in search for the ultimate treasure in the Middle-East. Meet mysterious Djinns, alluring belly dancers and even some spoiled cats! And what are those dastardly Anti-Explorers up to this time?

The best part: this new expansion will be completely free for all current and future owners of the Renowned Explorers base game! The DLC should be granted automatically after tonight's update.

Soundtrack and Art Book
You can listen to a sample from the Soundtrack (Steam, GOG) here!

The Art Book (Steam, GOG) contains concept art, sketches and fully rendered marketing art, as well as a lot of background information and short pieces of written context, provided by the developers.

Definitive Edition
Are you still missing any of the expansions or the Soundtrack and Art Book? Now is your chance to complete your collection with the Definitive Edition (Steam, GOG), which includes everything we ever released for Renowned Explorers for an even further discounted price!

Have fun playing, and see you on the forums!

~ the Monks from Abbey Games