Nice! Wasn't expecting this update to hit so early! Overall I'm liking the changes, but I'll abstain on commenting them after having some runs under my belt.

So, lets do another playthrough and see which bugs pop up. First, just at year one, found a problem with the Executioner tooltip: It still says it scales with Cunning. Patch notes says it should be health, and stars below says Health it is.

The graphical bug when breaking characters is still there, however.

Tooltips says Repeatable have no gold reward, but here it is a repeatable mission with gold rewards: 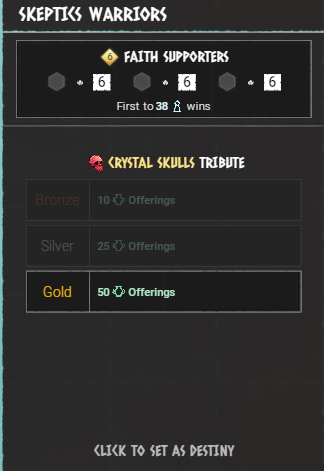 This is the tooltip I mentioned:

Martyrdom is a very nice mechanic, but I feel it should be clearer it affects the Materials and Followers gained, not the skull bonuses: 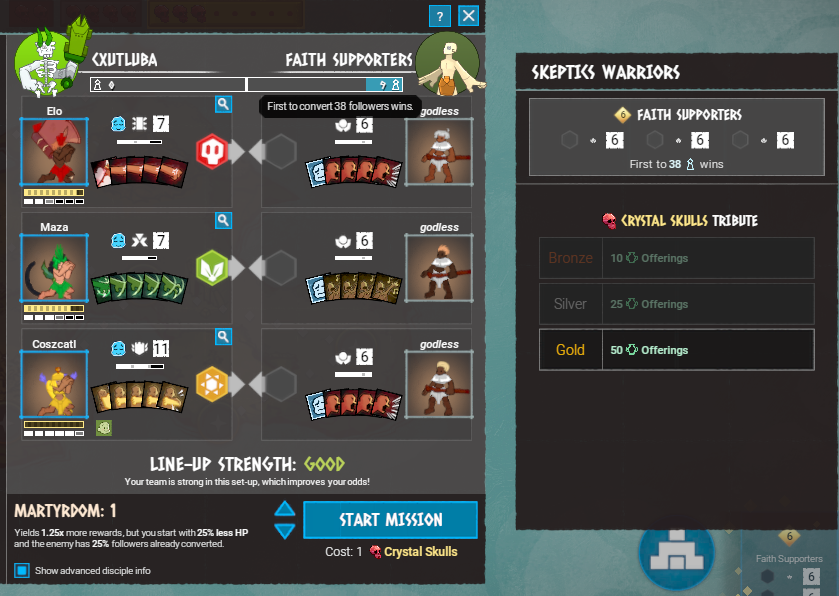 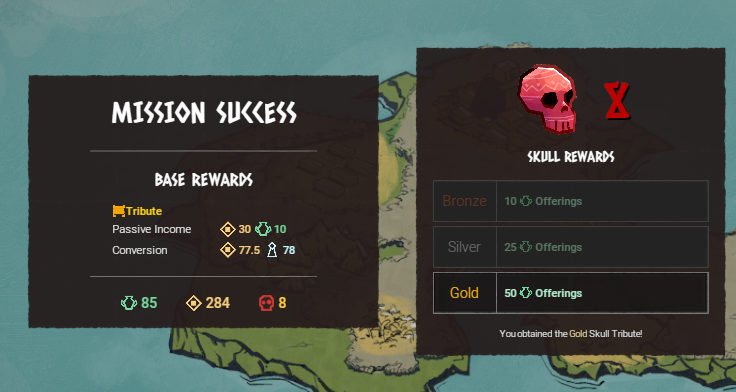 In the Madness island, I believe %Victim is not the name that these guys should have 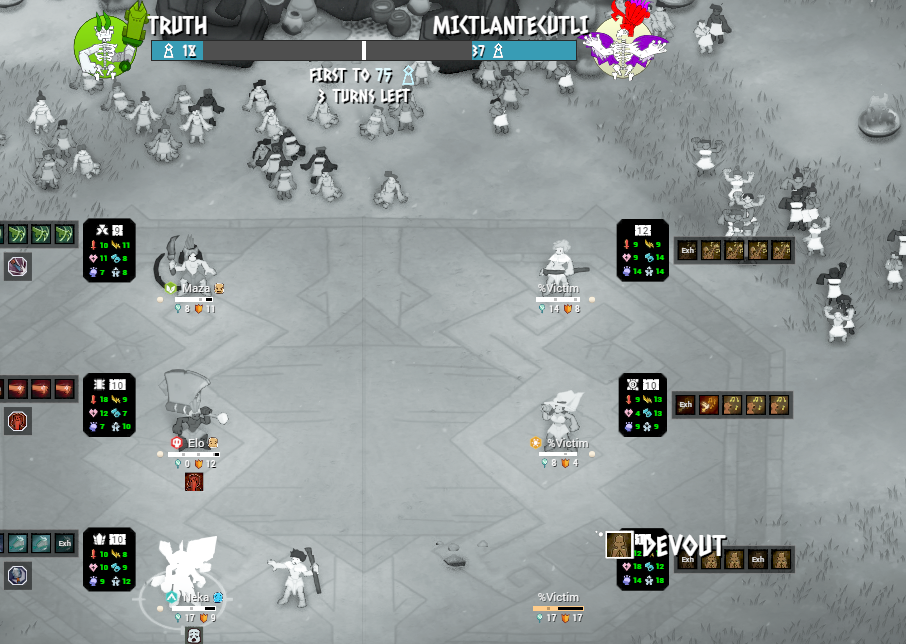 What does this passive do? 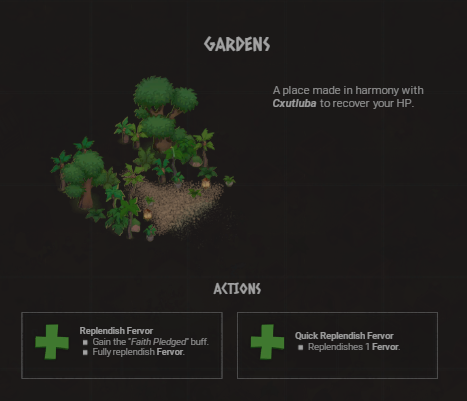 I don't think there are Violent abilities in the game anymore 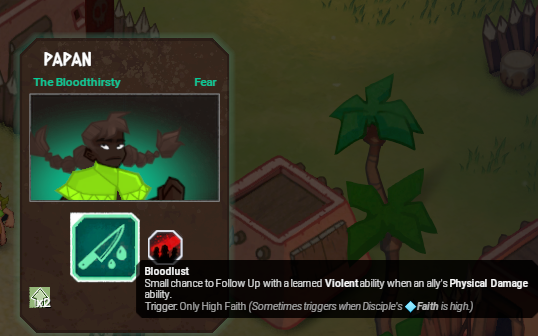 Just ended the second island and will finish here. But I'm very excited for this new update. It totally transformed sacrament strategy and it feels very good to relearn the game. Congrats on the nice work!

Great, Thanks again! Thanks for all the reports, we will fix this immediately.

Yeah, I'm pretty happy with the update too! Let's see if we can keep up the pace!
B

More tooltip bugs, for good measure! This one deals morale, damage or morale AND physical? 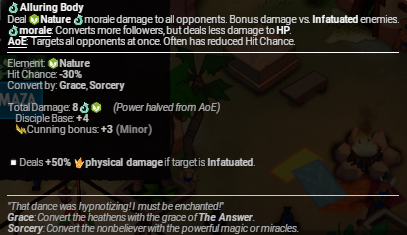 Another instance of "Violent"

Not a bug, but a game design thought: Sometimes it would be nice to pick the silver option. I'm late at the game and would love some extra offerings. Also, if you cannot choose, why not make the bonuses cumulative instead of "pick only the best"? 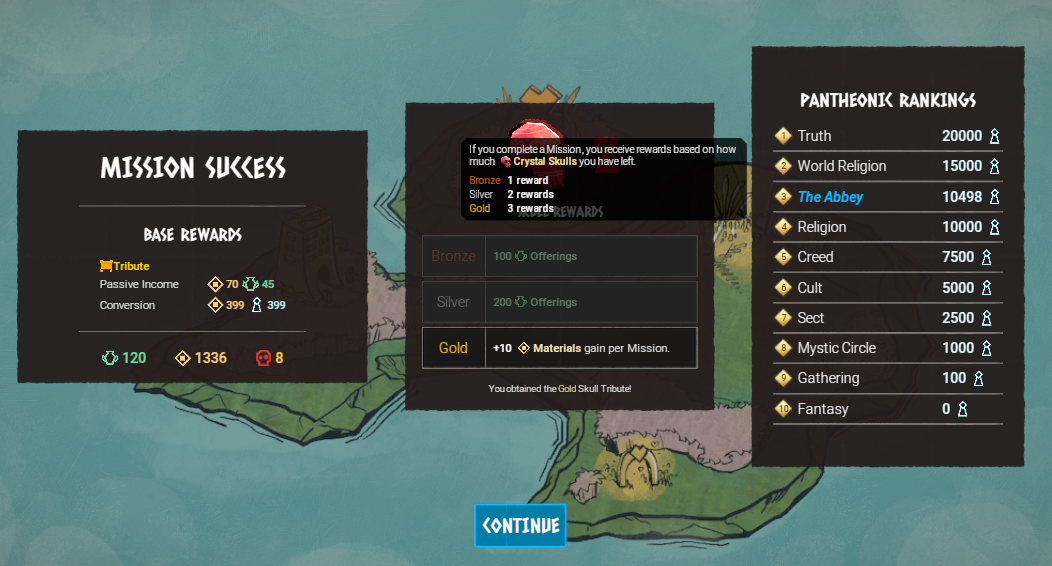 Lastly, this one may or may not be a bug. I had an attack trigger 2 extra attacks (one from Zealot's ability to follow critical hits, and the other from Dark Soul), and the first attack (from my Harbinger) broke the enemy disciple. Then the Zealot proceed to attack the already broken disciple, breaking it yet again, and triggering all effects from breaking a disciple. I think this is a bug cause by the fact that both attacks triggered simultaneously, and chose their targets together (when my Weaver did a critical hit), and both happened to chose the same enemy disciple. If this is correct, you should change the moment of choosing the target from (after the attack triggers) to (before the attack is made).

Hey! Thanks for the reports!

The rewards should be cumulative . You remember what node this is? That double breaking is indeed a bug. The poor man is already down
B

AbbeyAdriaan said:
Hey! Thanks for the reports!

The rewards should be cumulative . You remember what node this is? That double breaking is indeed a bug. The poor man is already down
Click to expand...

I don't think a divine icon is the correct icon for this: 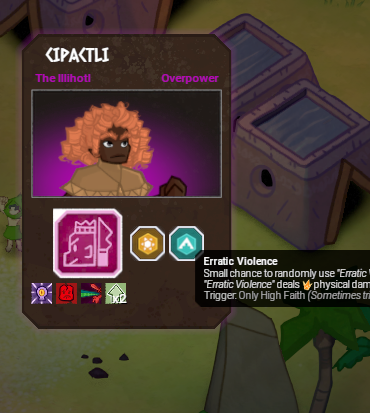 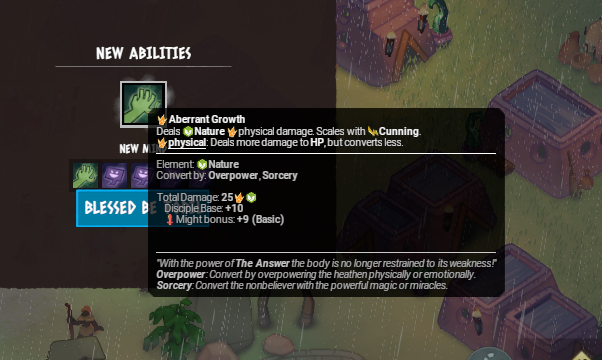 Sacrament Study seems to not be working unless I also build Study Old prophets. My Study is like this but I'm still gaining only 4 XP per sacrament: 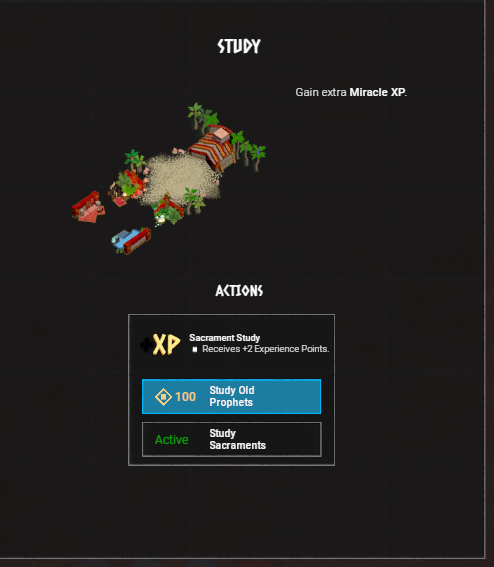 Raised in Wilderness tooltip says it gives chance to counterattack after evading, but the Development tooltip in the Animism tree says it can give Erratic Violence. Which one is correct? 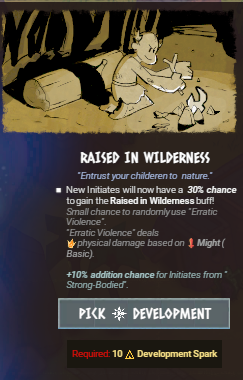