Two exciting events today; the game is available in simplified Chinese and Update 1.2: Monastery Life is ready for you to play!

Monastery Life
We already showed some of the new things that would arrive in this new update. I'll quickly highlight 2 other improvements. 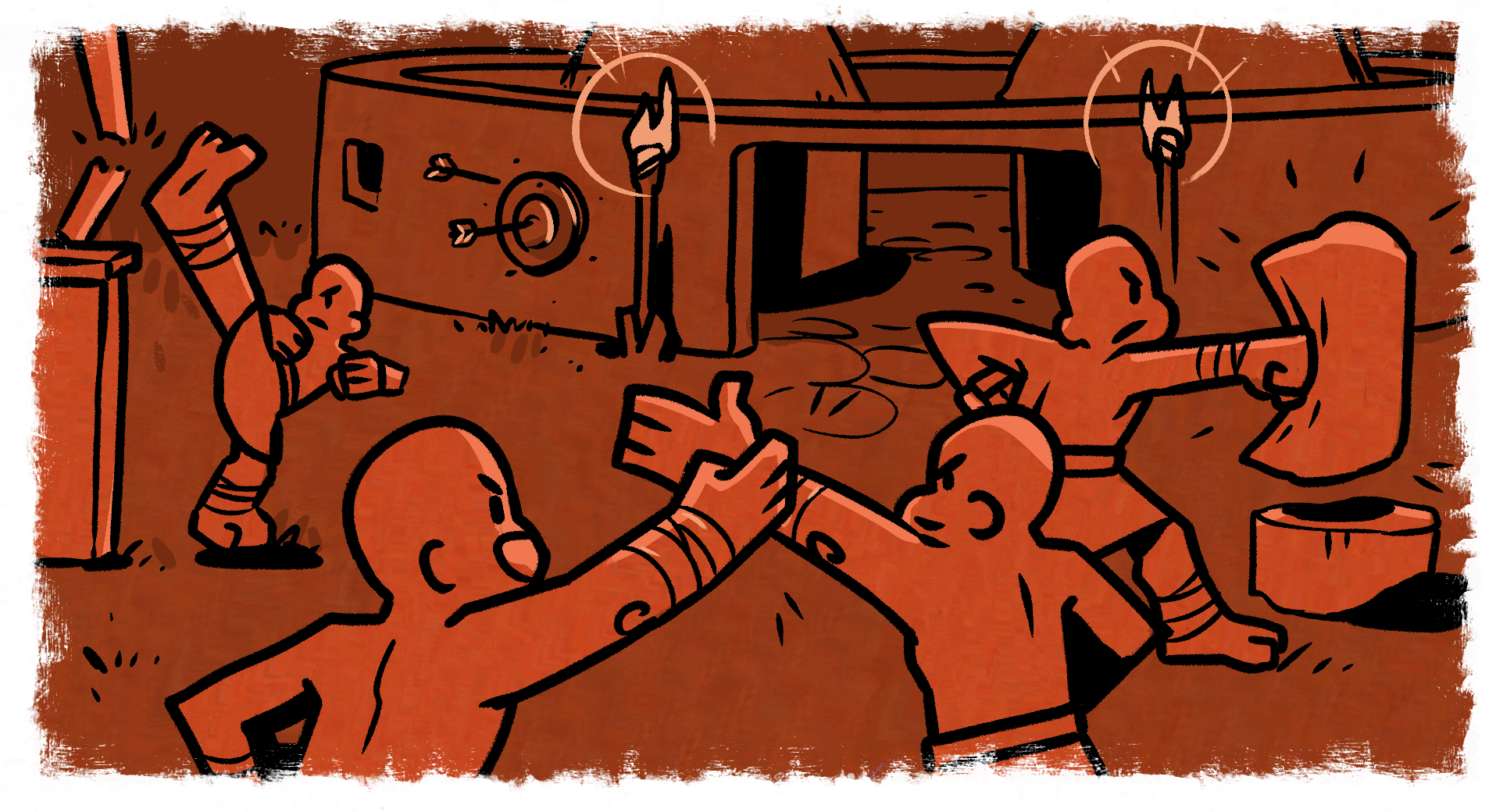 Two New Traditions
With Martial Arts you need to take control over your initiative. Overpower abilities will lower Armor for 1 round, so you want others to capitalize on it. To go even further, you can bless their fists, which is stronger the slower your Disciple is!
The second tradition is the Monastery of Miracles. This tradition makes your Sorceries bedazzle the opponent, lowering their accuracy. More importantly, you can inspire a humbling augury; your weakest Disciple will become unbreakable, and give you extra tributes for the next Sacrament. A great way to boost the growth of your younglings!

The classes you pick for your Disciples will now have extra effects. For example, the Beastmaster will now gain extra Crit Chance, and the weaver will more often than not hit the weakest target! You can check the changes in class selection, or the class window in the right!
With this change we hope to give the classes some extra character!

The full patch notes:
ADDED
FIXED
BALANCE
That's it for today! We hope you'll enjoy playing the game!
- Greetings from the Abbey
Last edited by a moderator: Feb 9, 2021
S