This Wednesday: the Will Of The People Update!

We talked about it at length in a past update, but this week it's happening: the Will Of The People Update arrives this Wednesday!

The update will launch at 1PM CEST/5AM PDT, and we'll do a special launch stream - showing off all the new stuff - at 7PM CEST/11AM PDT! 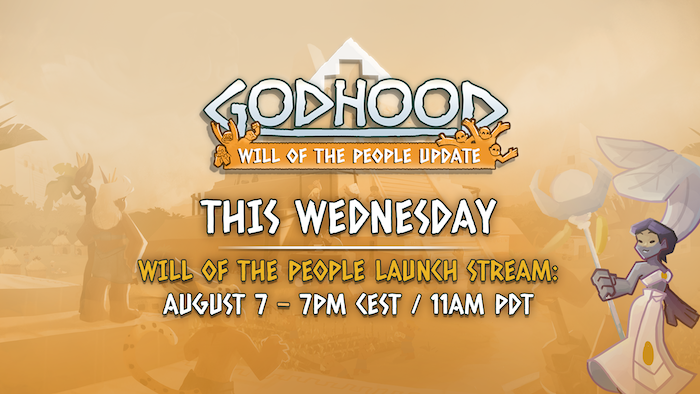 Join the Launch Stream at 7PM CEST/11 AM PDT this Wednesday!

The ‘Will of the People’ update introduces the following improvements including:

We hope you join us in the update by either playing the game yourself to check what's new or by joining Rick in the stream through the channels below.

Until then, keep spreading the good word!

Would love an animated representation of the Enthusiasm - something like how many and how chill/excited/whatever your followers are at your holy site.

Eg. All of them dancing round dedications when excited or being slumped and grumbly when upset
C

I briefly thought the character in the banner was a chef.