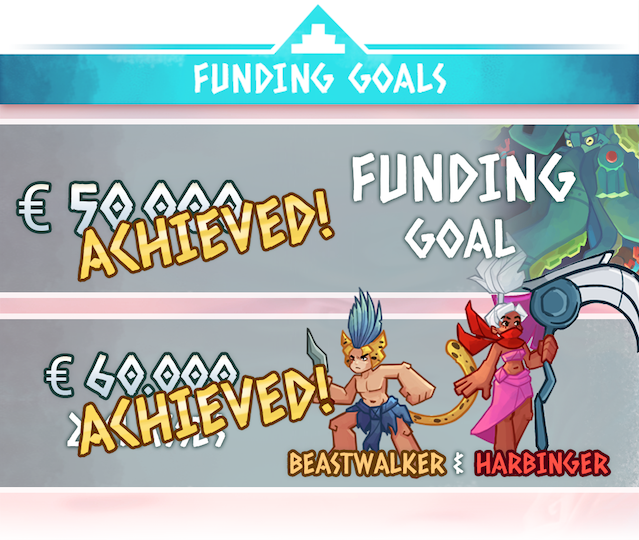 ​
While we didn't quite reach the monetary goal (yet!), we got close enough with the help of late backers that we decided to go ahead and start development on the Beastwalker & Harbinger disciple classes! Think of it as us pushing us that final little bit as thanks for all the support shown so far.

Get ready to level your disciples up into ferocious Beastwalkers and terrifying Harbingers!

​
One more week until the first full moon update of March 20th! Remember to look to the sky and anticipate the arrival of a new alpha build (available to our alpha testers, including all backers from Chieftain level and up), a big update talking about all the developments in the alpha, and a gameplay stream where we play through the build.

Also, look forward to an early version of the Beastwalker making an appearance in the alpha!

Be sure to subscribe to our Twitch get notified when we go live with the stream!

About the Alpha Test period
The Full Moon alpha test will run from March Wednesday 20th to Sunday 31st. If you backed at a level which grants access to the alpha test we'll get in contact with you about how to gain access to playing the build and how we'd like to receive your feedback. You will also sign an NDA which means you cannot share your experiences on the alpha with those that are not also active alpha testers.

Please keep in mind this the game will be in an alpha state, which means a big lack of content and in-development mechanics and visuals. We're really excited to get your takes on the alpha!

​
About Reward Fulfillment
Kickstarter will finish processing the funds the coming weekend. We'll be in contact with you about reward fulfillment late this week or early next week at the latest.

​
Development Update: 'Hardening'!?
This week is what we call a 'hardening sprint'. Basically, we stop building new features and instead 'harden' the ones that already exist: removing bugs, streamlining functionality, and clearing up confusing bits.

Let's take a look at some more new stuff that will be in the coming full moon alpha.

All-new music!
We've had the pleasure of working with Dutch musician Pieter van Vliet, who has been composing all kinds of beautiful new tracks for Godhood. We're especially excited about the upbeat drums of the Sacrament!

Take a listen to a sample here:
https://soundcloud.com/user-142508727-622789504%2Fsacrement-2-abbey-games-godhood-ost
Classes visuals & upgrading
Character artist Carmen has been working on developing the visual stylings of a Disciple's life. As disciples level up from simple Acolytes, they will go from a simplistic 'low level' outfit and weapons to advanced looking versions at high levels! 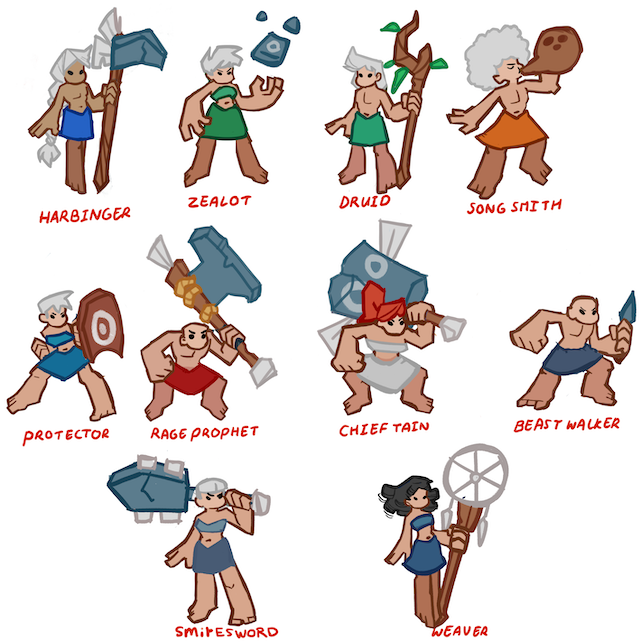 Commandment Shrines
Marlies has been working on several commandment shrines. When a new god commandment is unlocked you also gain the the ability to inspire construction of a temple to that commandment. Let's look at some examples: 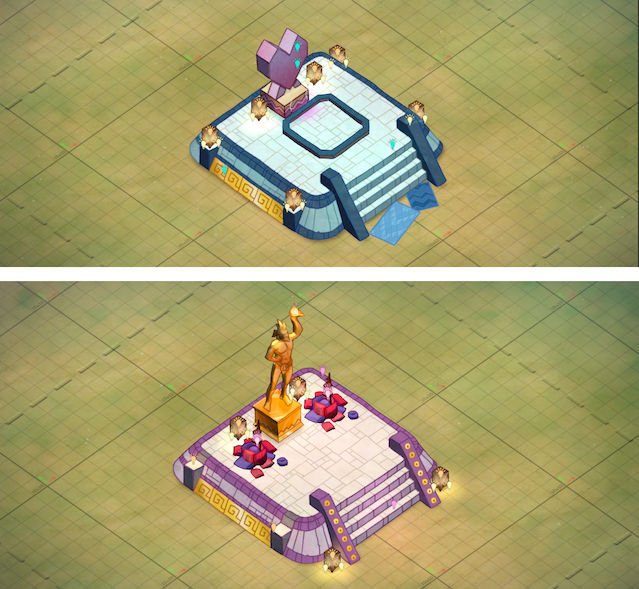 ​
That's all for now! There will be no weekly update next week as you will get a big full moon update instead! Remember to spread the good word and always get consent from your human sacrifices!

Days are ticking down. Looking forward to it all guys. Looking really sweet. great news on the stretch goal too
K

The level 1 discibles look really good. You can see their classes but as well that they still have a long way to go.

I just love that art style. One of many reasons why I backed for Godhood. A lot of luck and success for your further journey

Let's howl to the moon in a few days
N

Out of curiosity, what made tyou choose to open the alpha builds for a set time per version instead of rolling updates each month? (if that makes sense kinda tired atm)

nighteyes said:
Out of curiosity, what made tyou choose to open the alpha builds for a set time per version instead of rolling updates each month? (if that makes sense kinda tired atm)
Click to expand...

Most importantly, we're still making big changes. This will mess with your savefiles for example, and we're more likely to have to give support for things we're going to change or throw away. Having a closed set of time allows us to focus on gathering feedback first, and then focus entirely on the next step.