Rick is a bit under the weather today, unfortunately, so for this weekly update I'm afraid you're stuck with a different chef: me, Joni. Apologies for the Dutchisms and the lack of visual flair in advance! But no worries, there's still enough to rejoice about this week.

What we're doing right now
The Worm Moon Alpha phase has concluded and we've gathered a lot of feedback from veteran alpha testers and the kind folks that had a first taste of the game because of their Kickstarter contribution: big thanks to all of you!

We're currently processing all that information and turning it into improvements to the game. Next to that we're working on some planned and unplanned additions we came up with ourselves. All of this will lead up to the next Full Moon update - the Pink Moon - which will hit on April 17th. This update will also signify the game going into Beta: the last stage of testing before going into Early Acces!

Development Update: Sacrament Visuals, Economy Tweaks and More
So, what have we been up to in the past week? Here's a tasty selection!

Spiced Up Sacraments
The Sacrament - the stage for godly confrontation within godhood - has gotten some visual refinements. The flow of the battle is tuned, the choreography of both your own and your opponent's Disciples has gotten tighter and our intern/prodigy wizard Daniel has added a bunch of visual feedback and effects for hits, resists and other battle interactions.

Spicy new visual effects in the Sacrament!
​
A New Recipe for the Economy
Adriaan is changing the economy of the game quite a bit. You can now go out to convert regions and gain Inspirations. You can then use those Inspirations to do more religious things in your Holy City, like collecting offerings or initiating people into devotees. The goal is to make the game cleaner, clearer, and focus more on choices that matter economically. 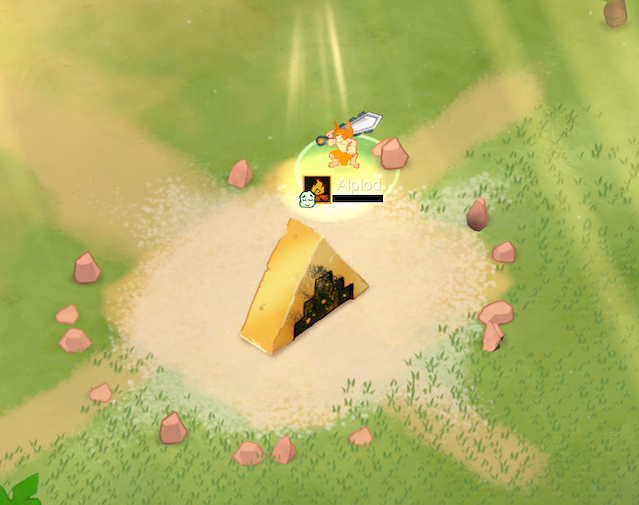 It's a lonely economy out there
​
And More And More And More (Weather Effects, Customization Options and a New Class)
We've hit that point in development where we can add a lot of fresh content to the game, so that's just about all that we're doing at the moment! A couple of highlights of this week are even more weather effects, more customisation options for your disciples and a brand new class: the Smitesword. 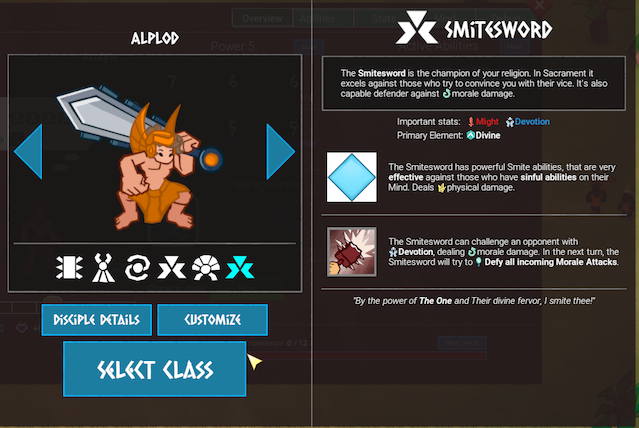 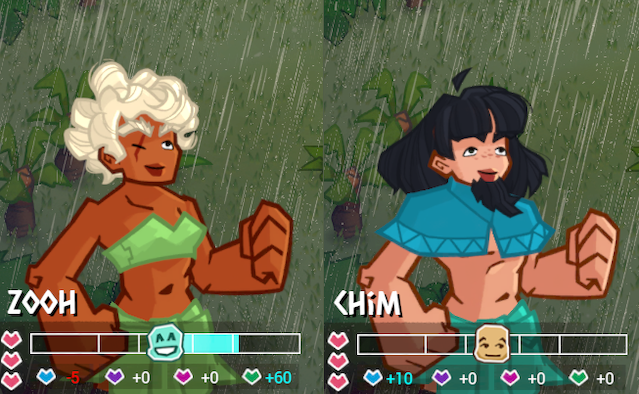 ​
Delay in Mac and Linux Version
Unfortunately, there's also some bad news. We experienced a couple of problems in the kitchen while cooking up the ports for Mac and Linux and we're afraid we can't guarantee the same level of deliciousness for Mac and Linux players on the Early Access release as we're providing players on PC. That's why we've decided to postpone the Mac and Linux versions with two months, to July 2019. That still leaves plenty of time to enjoy the game in Early Acces on these platforms before the game hits full launch (on all three platforms, of course!) later in 2019.

That's it for this week, I guess. Well actually, there's more in the works at the moment (UI Reworks, Player Profiles, Save File Management, and Graphics Settings ), but we'll save that for a later update.

Hopefully, Rick is back on his feet again by then to dish out another weekly update filled to the brim with fresh game development ingredients (he's actually the culinary expert in the office, I don't know why I'm going with al these cooking puns...). Feel free to send him some fruit baskets in the meantime and we'll get back to game development!

See you around and don't forget to spread the good word,